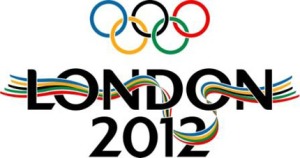 Before our athletes even arrived in London, they were already champions. After all, how many people get to represent their country? When someone misses out on a medal does that make them a failure? Is a silver medal really code for ‘number one loser’? How stupid to push a microphone in an athlete’s face and say ‘you must be so disappointed’. Where’s the applause, the celebration, the encouragement?

Our behaviour as a nation is not something to be applauded. We carry on as though a lack of medals is a personal affront to our dignity as Aussies. What gave us the right to gold medals? To any medals? What exactly have we done? As we sit on the couch, and whinge and moan, how much training have we put in? How did we contribute? What sacrifices did we make?

Sadly, I’ve seen this same attitude on the sidelines watching kids’ sports. The coach who yells abuse at his team. The parents who criticise their children for making mistakes or simply failing to win. I’ve seen the tears in the eyes of the children. Their heads hung low. The lesson we teach is that you’re only worthwhile if you win. And I can only be somebody when you win for me. How wrong is that! How crass! How selfish! How demeaning! How discouraging!

We’re all flawed human beings. We need to own up to our own failures and weaknesses. Once we recognise our own shortcomings we’ll begin to learn to treat others with dignity and grace. A little humility will go a long way.

If I’m going to be honest, then I must confess that I see this same selfish spirit of discouragement in myself. My shortcomings are huge and my failures are many. And yet I can testify to the grace of God towards me. His word to me is one of encouragement. He builds me up rather than cutting me down. The Bible reminds me that God has reached out to me while I was a failure (Romans 3:23-24). Christ died for me while I was a rebel (Romans 5:8). God reconciled me to himself while I was his enemy (Romans 5:10). I’m so grateful to God that I don’t get what I deserve. Grace is an awesome thing. God’s grace is immeasurable.

There is a saying that says “There but for the grace of God go I.” How true it is! Left to my own resources I will mess up, fail, disappoint, and look to lay the blame on others.

Thank you God, that you don’t treat me as I deserve.
Please remind me of your grace. Please fill me with humility. Please enable me to build up rather than tear down. Please make my lips an instrument of blessing and encouragement, rather than discouragement and blame.

4 thoughts on “Where seldom is heard an encouraging word”