I’m not much of a fan of conflict – especially when it involves me. I don’t like causing it and I don’t like being on the receiving end of it. Give me peace and harmony any day! But conflict happens. We disagree, we argue, we get defensive, we sulk, we blow up in anger, we grow resentful, we wallow in bitterness. It’s a death cycle for relationships and it’s way too common.

As I look back over my life, I can see the damage caused by conflict with others. Good friendships gone bad. Working relationships broken down. Tensions with relatives. Relationships strained and awkward.

Most of the conflicts were nothing at first. A word here or there. An oversight. Simple misunderstandings. Unmet expectations. Assumptions. Nothing to worry about. It’ll be all right. Things will blow over.

But they don’t blow over. They stay, and they grow, and we feed them. The small problem gets bigger and bigger and, before too long, we have an unresolvable crisis. Judgments have been made. We become entrenched in our position. They in their position. Neither of us will budge. We appoint blame and demand the other change. Apologies are empty, we’ve heard it all before, there’s no hope, the relationship’s over.

Conflict hurts. We know the pain. We live with the scars. Couples, families, homes, workplaces, teams, schools, churches. It doesn’t matter where. Conflict is far too common and we keep failing to overcome it. So what hope is there?

In my experience there is one key to resolving conflict. It’s very simple to understand, but so hard to put into practice. It’s not a technique. It’s not a set of words or exercises. It doesn’t require counselling or courts to make it happen. It needs something much more profound – a change of heart.

The key to resolving conflict is forgiveness. 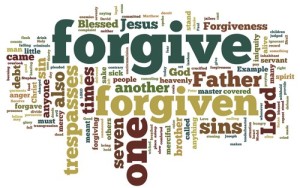 What really stands in the way of resolving conflicts is me! I’d prefer to stand on my rights, to demand an apology, to wallow in my self-pity or pride. I’m the problem and, left to my own resources, I’m a problem I can’t fix!

But… God can. The power to forgive comes from forgiveness received. As I recognise how much God has forgiven me through the death of his Son, Jesus Christ, so I become more able to forgive others. God has wiped my slate fully clean. He’s forgiven me all my selfish thoughts, words and actions. He’s washed me cleaner than snow. He’s removed a debt that I could never repay.

I need to be constantly reminded of the magnitude of God’s forgiveness of me. The enormous cost that he paid to remove the conflict between us. God is the ultimate peacemaker. He’s the awesome reconciler. He’s the author of forgiveness. As I begin to appreciate how much I’ve been forgiven, what could be too much for me to forgive others? And God doesn’t leave me to try and become a forgiving person on my own, relying on my own strength and resources. He pours out his Holy Spirit to bring peace into our lives and relationships.

It’s worth remembering this story that Jesus told:

21 Then Peter came to Jesus and asked, “Lord, how many times shall I forgive my brother or sister who sins against me? Up to seven times?”

22 Jesus answered, “I tell you, not seven times, but seventy-seven times.

23 “Therefore, the kingdom of heaven is like a king who wanted to settle accounts with his servants. 24 As he began the settlement, a man who owed him ten thousand bags of gold was brought to him. 25 Since he was not able to pay, the master ordered that he and his wife and his children and all that he had be sold to repay the debt.

26 “At this the servant fell on his knees before him. ‘Be patient with me,’ he begged, ‘and I will pay back everything.’ 27 The servant’s master took pity on him, canceled the debt and let him go.

28 “But when that servant went out, he found one of his fellow servants who owed him a hundred silver coins. He grabbed him and began to choke him. ‘Pay back what you owe me!’ he demanded.

29 “His fellow servant fell to his knees and begged him, ‘Be patient with me, and I will pay it back.’

30 “But he refused. Instead, he went off and had the man thrown into prison until he could pay the debt. 31 When the other servants saw what had happened, they were outraged and went and told their master everything that had happened.

Hopefully, you too are outraged by the response of the servant. He’d been forgiven 10,000 bags of gold and he can’t even bring himself to forgive 100 silver coins. Wow!

Of course, there’s a sting in this tale. If we’ve received forgiveness from God for every selfish thing we’ve ever done, then how can we not forgive others the petty grievances we so willingly cling on to. Perspective please!

God wants us to enjoy peaceful relationships. Firstly, with him, and he calls us to put our trust in Jesus so that we can receive his forgiveness. Secondly, with each other, and he expects us to keep the forgiveness going. Don’t give in to conflict. It’ll destroy relationships and it’ll ultimately destroy your soul. If you need forgiveness, then please seek it. Otherwise, please humble yourself and be willing to offer forgiveness to others.